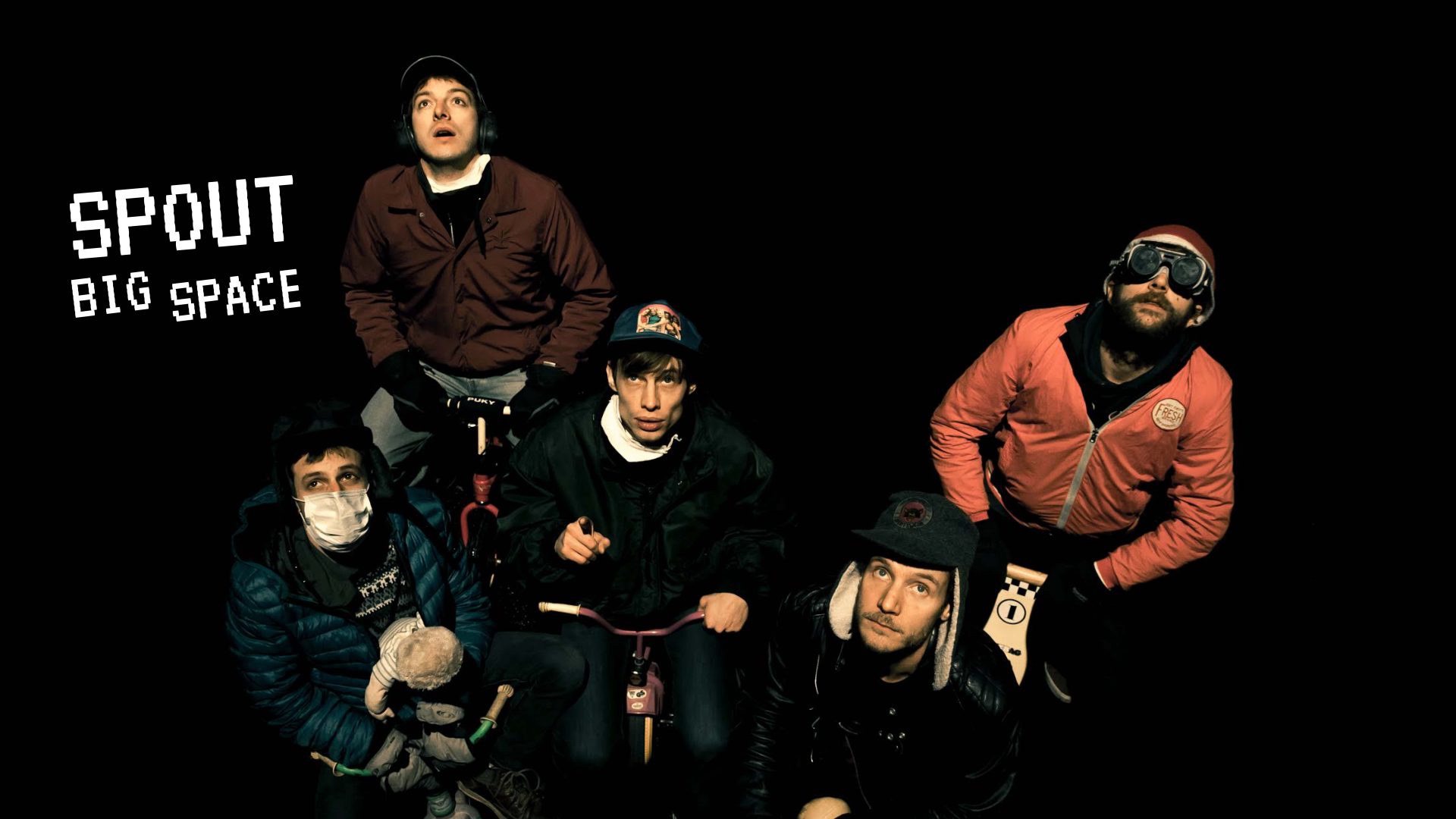 Originally called “Sputnik Space”, a tribute to the late Russian satellite, the group changed it’s name to “Spout Big Space”, following an interference during their first contact with Earth.

If you haven’t attended one of their appearences yet, be prepared for a encounter of the third kind. Get ready to be hypnotised by these humanoid creatures arriving from a planet with rings, which they prefer to keep the name confidential for now.

Their recipe? Rock, some meteorites, a dash of alcohol, a touch of romance, a spoonful of perversity and a good dose of energy… Their obsession ? Dance until you drop in a puddle of sweat. Terrestrial influences? Violent Femmes, The Cramps, Fidlar, Bob Log 3, The Stooges, Bonaparte, Allah Las, The Hives.

You Must Listen to Them, because otherwise, as you well know, your children and their children will hold it against you forever. You know that there will be a before and after Spout Big Space. So why waste everyone’s time and lie about it? Why put yourself on history’s bad side? Do the right thing, quick and painless. Avoid all the hassle and choose the future, satisfy your curiosity, open yourself to Spout Big Space.

Because space is infnite and before the Big Bang, there was Spout Big Space